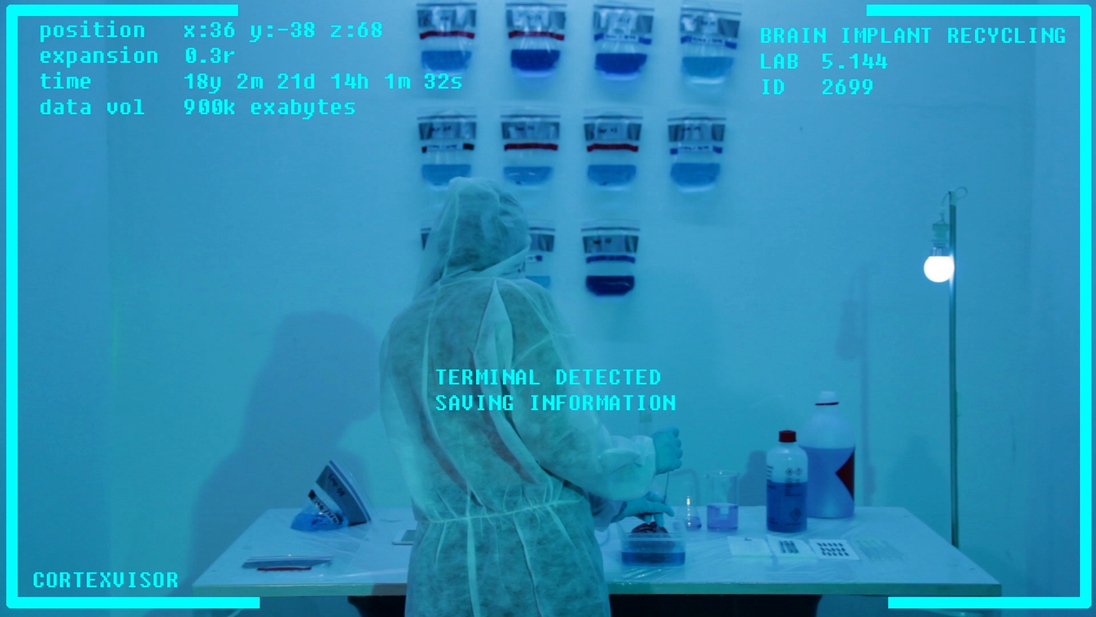 Synopsis: Neurosex Pornoia is a postpornographic transfeminist film project which started in 2013. A storyline is developed in three films that explore new sexual subjectivities through the technology of brain implants and neurocodes. In the first film, Neurosex Pornoia 1 (2014, 9:45min) we witness the creation of a neurosex code through the recording of the neurological data of two human sources while they fuck. In the Neurosex Pornoia 2 (2015, 10:46), we meet Z, who is caught in a spiral of desperation and frustration, imprisoned in a neurologically improved society, and join her in the secret world of neurosex code users and online infrastructure. In Neurosex3 (2017, 38min) the viewer is introduced to the neuroanarcoqueer community and their use of brain implants as means for pleasure and explorations of sexuality, as well as the state laboratories running medical experiments. What can turn a technology of control into tools of resistance and subversion? Neurosex3 reflects on the tensions of different queer bodies with experiments, technologies and the laboratory as places of violence, desire, creativity and power.

Bios:
Eric Pussyboy is a trans filmmaker and researcher from Spain living in Berlin. He is finishing his Master in Gender Studies in which he explores the history of trans* as an epistemic object, as well as the intersectional realities of trans* people and the political and epistemological implications thereof. He uses film to approach these same topics without the constrains of academic rules, using the medium to explore affects and visions and a tool of collaborative experimenting.

Come to The HoleGet tickets in advance to ensure your entrance: 6€