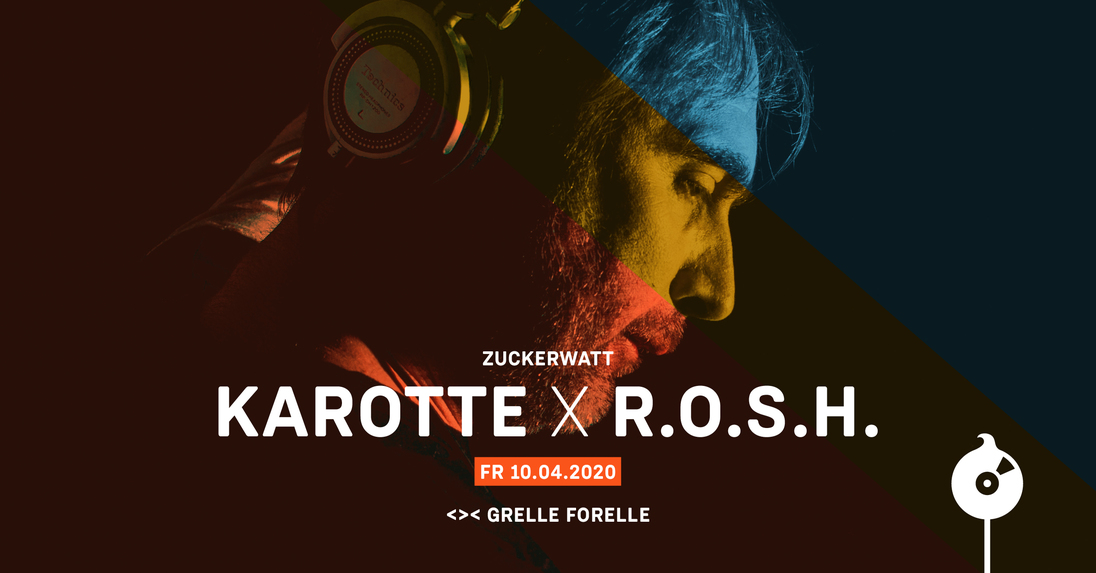 There are DJs that started playing records way before they set foot in a studio. Handicraftsmen that build their entire career on their unique ability to electrify an audience with their skills behind the turntables. This road is surely longer and harder, but at the same time guarantees a lifelong loyal fan base centered around you.

Peter Cornely aka Karotte, born 1969 in Saarbrücken, is a prime example for such a phenomenon. Over the last two decades he has worked himself to the top. Not necessarily as a producer, but as a worldwide revered DJ. Achieving this distinguished position by purely giving 100% each and every night at clubs all around the globe.

In addition R.O.S.H., an uprising producer from London and good friend of both Karotte and Laurent Garnier, will join us this night.