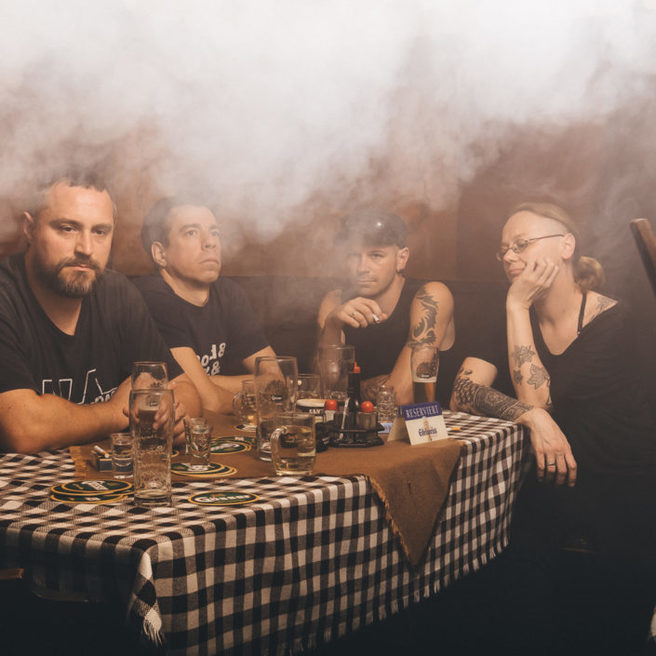 PHAL:ANGST is an industrial (post-) rock band, based in Vienna, Austria. We started in 2006 as a collaboration of the projects PHAL and PROJEKT ANGST. Soon we realized that we wanted to perform as a real band and added a bassplayer. Since then we have played some shows, recorded four albums and a soundtrack. The fourth album was released on September 28 2018.

ph – vox/harp/xylophone … was also the vocalist for MAN-AT-ARMS, DISCOVER and THE LONESOME NOBODYS. Currently in the choir of the SALOONIES.

angst – electronics … has produced experimental / ambient / electronic / industrial-music since 1997, he released 5 solo-albums and collaborated with VATICAN’S CHILDREN, DARK AVANTGARDE EXPERIENCE, radio DER ABGRUND/PROTON, before that he played in the punk-bands SHOCK TROOP & FLUHRSCHADEN