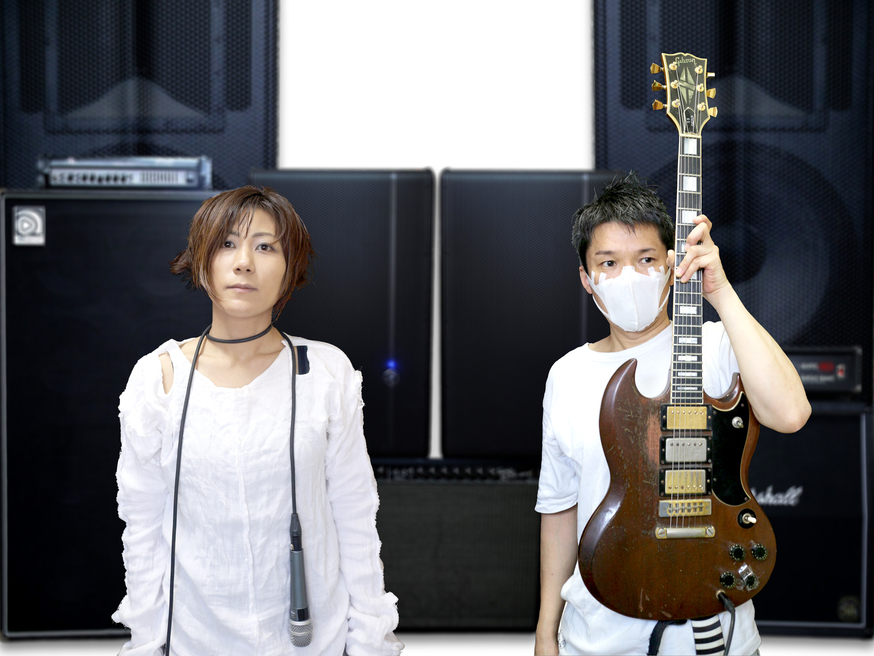 The intense sound of MELT-BANANA is a kind of institution for fans, critics as well as such kind of musicians which cannot be shocked by complex structures and arrangements. Countless singles and sampler contributions, 11 albums, concerts around the world - With their hard, experimental and unique sound, Melt Banana have grown into a big piece of music history. It's not surprising that many fans of Melt Banana are also musicians who recognize and appreciate
the complexity and the high score of MxBx. It is no coincidence that such artists as JOHN ZORN, MIKE PATTON, FANTOMAS, WIRE, UNDERWORLD, MELVINS, TOOL or the unfortunately too soon deceased LOU REED, have collaborated with them.
MELT-BANANA consists of Yasuko Onuki (“Yako”) and guitarist Ichiro Agata (“Agata”). Agatas guitar sound is often discribed as a battery of turntables, synths and sampler, hidden between the six guitar strings to create this “Hypertension sound". MELT-BANANA concerts are long lasting impressions: Sympathic musicians, magical atmosphere, the volume, the surprise effects during the songs, almost perfect handling of their instruments.
Grindcore riffs loaded with unexpected effects, sharp shouts and heavy pressure. Within seconds you think of art, noise, punk, metal, RiotGRRL, GrindCore, PopCulture or of an exciting soundtrack..