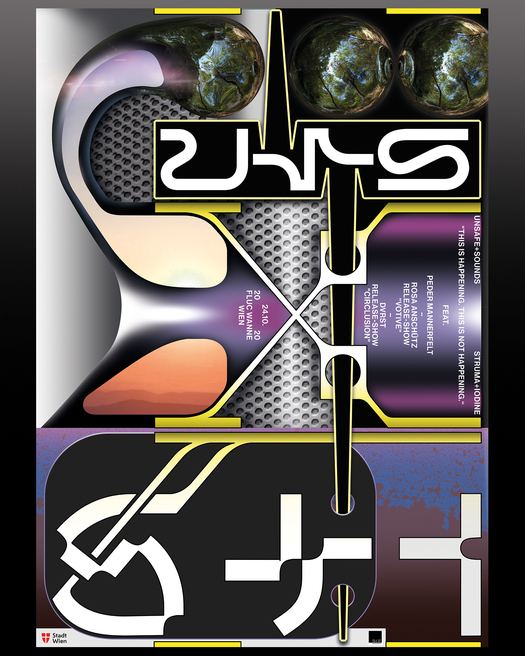 Due to 𝔣𝔬𝔯𝔠𝔢 𝔪𝔞𝔧𝔢𝔲𝔯𝔢 Unsafe+Sounds Festival 2020 had to be postponed from October to spring 2021. This single night, organized by Struma+Iodine, is marking the phantom of a festival with two release-shows and an adapted set for seated audience by Swedish techno producer Peder Mannerfelt.

From obtuse angles to intense physicality, Peder Mannerfelt’s highly individual take on techno demands attention and consideration. While his many-sided body of work reaches back more than a decade, the Swedish producer’s current investigations in the field of experimental dance music are as prolific as they are unpredictable.

Employing subtle props and working with striking visual accompaniments, Peder Mannerfelt’s live shows bring the immediacy of his art front and centre in your cerebellum. It’s the perfect mutation of music still rooted in the kinetic energy of techno even as it seeks to break down the genre’s rigid, illusory formulae. By extension, as a DJ he spans the propulsive and the crooked, the classic and the unheard, the strange and the straight-up in a limber, instinctive fashion that complements (and is equally fueled by) his own productions.

A votive. An object as an offering. An intention. A spell in physical form. Music as a form of invocation. Sound as clay. Moulded, sculpted, manipulated to embody said intention. Magick. Chaos. Turning sound into clay. Clay into earthenware. Literally.

The debut LP from transmedia artist /vocalist/producer Rosa Anschütz is a collection of nine votives presented in sonic and ceramic form (every song has its sculptural equivalent). It’s the result of several years of daily rituals: word collages as incantations, audio sigils created by shaping electric voltages and casting sound into clay. «Votive» is also a highly charged space full of spirit/ emotion, a religious experience distilled from the ecstasies of an agnostic.

Circlusion” stands for an autonomous take on the allegedly diametric term of phallic penetration. Taking a grip of active pleasure for which there hadn’t even been a word for it before Adamczak’s essay in 2016, DVRST transgressively use the term for acts of personal and political empowerment to raise questions about privilege and power structures.

Since late 2017, the duo Tanja Fuchs and Vinzenz Landl have been working together, creating auditory pieces stemming from their common background of pop flavoured free improvisational music. The emerging soundscapes breed discord and unity between contemporary club culture and avant garde noise.