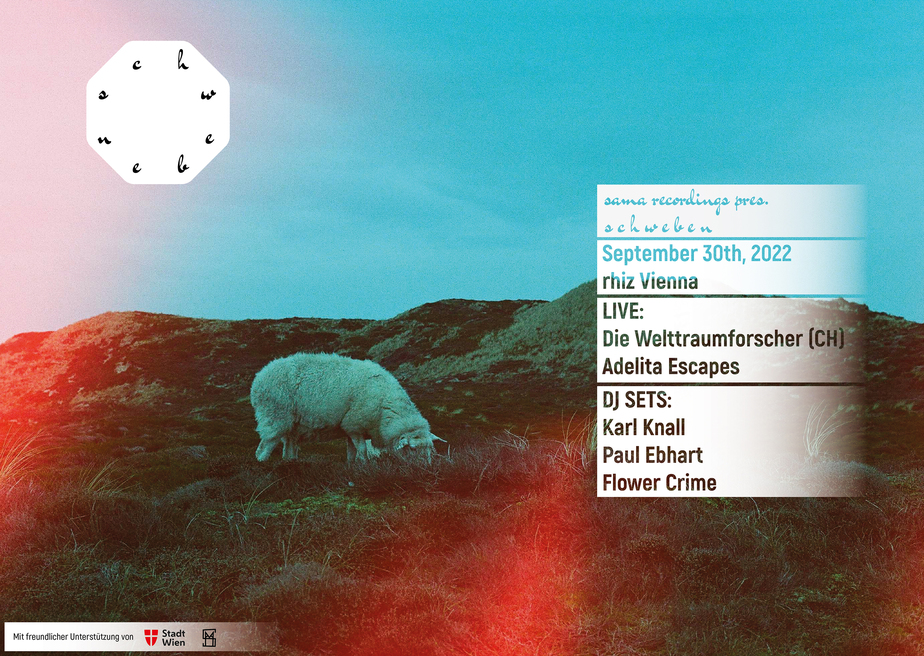 Die Welttraumforscher (Bureau B, CH)
When the Welttraumforscher (world dream explorer) started their journey on July 14, 1981, it was not foreseeable that it would last so long. For over 40 years now, Christian Pfluger from Zurich has been working with drawings, texts and songs on the idiosyncratic and fascinating universe of the imaginary trio. This has resulted in numerous cassettes, LP and CD releases. Most recently, a two-part retrospective was released in the spring of 2021 on Hamburg's Bureau B, giving an insight into the wonderfully rapturous dream world of the project, which despite the continuous work remains something of an insider tip to this day. With their new collection "Liederbuch", which will be released in August, the Welttraumforscher are going on tour for the first time in many years. When the Welttraumforscher open their songbook, they are met, as in a pop-up book, by the fictional friends they have invented and sung to on their journey through 40 years: the captain to the soul Kip Eulenmeister (the owl master) and the crop circle researcher (iguana) Leguan Rätselmann, the insect twins Brtz and Brxl, the space travelers Lia and Mira from the Nordkristall (northern crystal), Ohm Olunde from the silent forests and the incredible dark pilots.

In their distant worldroom, the two insect beings Brtz and Brxl open up the Welttraumforscher songbook. They find the songs, from A to O, sung by the Forscher on their albums dating back to the faraway year of 1981 – on cassettes, vinyls, CDs and through digital communications kaleidoscopes. It’s Sunday and, with plenty of downtime on their hands, Brtz and Brxl listen to all the songs; the one about the yellow wight in the moors, the one about Kip Eulenmeister, the Captain of Souls, one about Leguan Rätselmann, pursuing every riddle, and one about the dark things which sometimes happen around midnight. We want one too, say say Brtz and Brxl, a songbook of our own, all the songs we like to listen to the most, collected in one album. By now it is late on Sunday evening and the moon shines above them like a colourful paper lantern. The two insect beings ponder: what shall we call our songbook? The very name we gave it, songbook. So here it is and this is what it sounds like – Brtz and Brxl wish you happy listening. As do the Welttraumforscher, whose quiet body of work turned out so well. So without further ado: welcome! Welcome to the Welttraumforscher songbook!
(Christian Pfluger / 30.12.2021)

"There is this inner celebration of the paradox when listening to Adelita Escapes. The mentality of `both can be true´ is deeply noticeable" (Bianca Pointner, 2021). Jubilating while mourning, Adelita Escapes plays with a non-binary, inclusive understanding of harmony. Partly growing up in Athens with Greek-Austrian parents, she experienced fear and violence but also magic, tenderness and music. She takes you on a musical journey that is often rough in style but always complex and surprising, while nourished with many personal, touching facets.

Marie Vermont is accompanying Adelita Escapes with a selected range of cabel- and buttondevices, the Space Gear. Marie Vermont was abducted by aliens in 1999 and lives as an experiencer since then, nowadays in Vienna. Her sounds are based on fragments of allmende and other spaces aswell as analog and electronic hemispheres. Irregular aspects such as wind and weather play a role. UFOs too. Intergalactic commons for all.

Karl Knall
Karl Knall is active within the viennese underground music scene since more than 15 years. Beside organising countless incredible party nights like the long-remembered Future Echo nights and supporting Cassette/DIY Culture with the TRANSFORMER crew, he listens to a lot of music and digs deep. His expanding dj sets are driven by a constant curiosity for all things wavey, authentic and eccentric.
https://soundcloud.com/sama-recordings/sama-recordings-podcast-35-karl-knall

Paul Ebhart alias Dj Ebhardy
Djing since his teenage years Paul Ebhart is a fanatic music collector, who is interested in all kinds of music. The golden thread of selection occurs on a subtle level. Not defined by genre boundaries but much more by an invisible veil of attitude and revolt with love for the weirdness and madness. Ebhart collects music on a wide variety of media. His alias “Dj Ebhardy" is dedicated to Chicago, NYC, Frankfurt & Detroit beatjacking music that manifested in House, Techno and everything related.
https://paulebhart.eu/