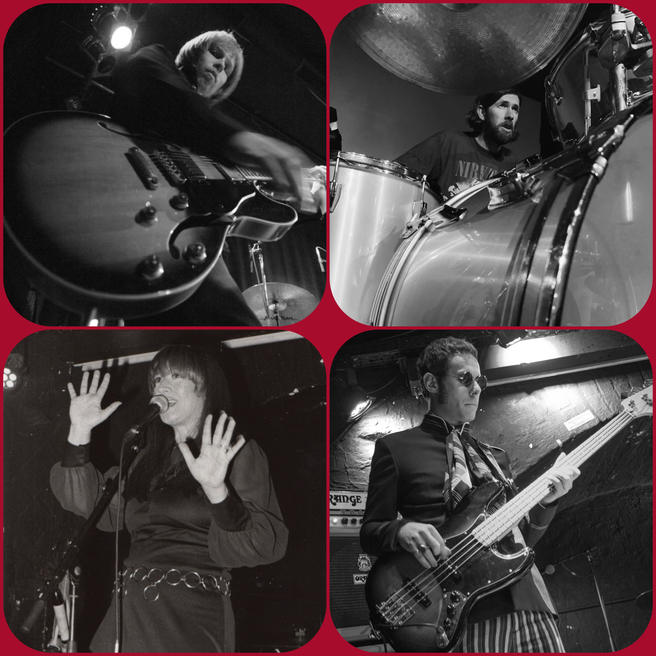 Deeply rooted in the British R’n’B boom, with a predilection also for West Coast, Gospel and Heavy Rock tunes, Portobello Express is a Psychedelic Blues Rock Band from Vienna.
Songwriter Happy Betty is a passionate bass player with the dream of forming a band but snowed down with work life and studying, the idea was nearly lost.
She was joined in 2015 by Patrick “Slowhand” - a Rhythm ‘n’ Blues local legend- and Danny Bianchi with his deep dark jumping bass playing style. With nobody suitable to sing, Happy Betty step up and Portobello Express was born. New on board is now Martin Luif, a drummer with years of stage and studio experience under his belt.
After touring Europe with great success, they release their first single “Be Blues/ The Devil is Dead” in 2017 and have since released an EP “2-3-4!” (2018), a single on vinyl “The Sea Rises/ Sigh” (2019) and an Unplugged EP (2020).
After a lengthily preparation due to pandemic and several lockdowns, on July 2021 will come out the new EP, a collection of 4 songs two of which have been previous single released.
Get ready for loads of guitar riffs, heavy bass lines, dynamic vocals, and unconventional lyrics. The band’s captivating, high-energy performances will transport audiences back in the old-school Rock tradition.