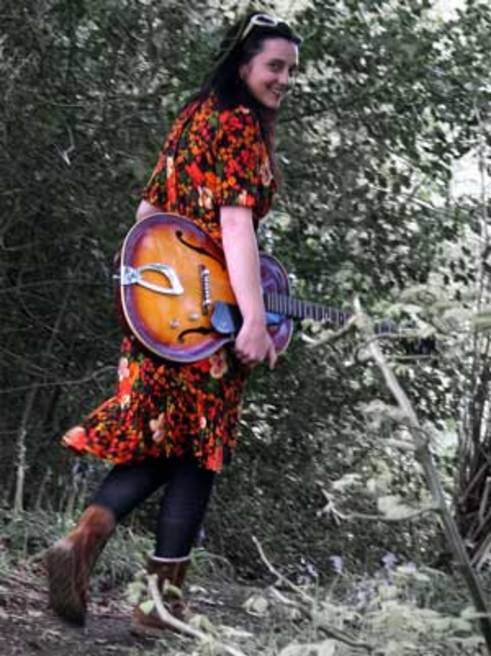 „Thee very charming sixties garage pop & folk influenced singer and founding member of garage-punk legends The Headcoatees, is back with her new first full band album since 2015: “Do The Get Along” will be out on 16. November 2018
Holly Golightly is back? Wrong! The Queen of english Twang was never gone! Born in London as Holly Golightly Smith, she lives now more than 10 years in Georgia / USA, is touring from time to time with her Blues/Americana Duo Holly Golightly & The Brokeoffs. After too man years of silence Holly surprised all her fans in 2015 with the album release „Slowtown Now!“ on Damaged Goods Records, recorded at Ed Deegan's Gizzard Studio with a full Band. In November 2018 her new album “Do The Get Along“ will be out. 12 songs performed by the perfect Holly Golightly band line-up of Bruce Brand (drums), Matt Radford (double bass), Ed Deegan (guitar) and Bradley Burgess (guitar). Alongside nine original tracks there are three choice covers – 'Satan is His Name' by Steve King & The Echelons, 'Love (Can't You Hear Me)' by the Knight Bros., and 'I Don't Know', originally recorded by Ruth Brown. Also on stage the sound is characterized by Twang Guitars, references to the period prior Sixties Rock'n'Roll, English-Pop and the incomparable charm of a sympathetic Sixties Garage Pop Diva. Especially when it comes to quiet, slow songs the audience seems to melt a little more with each note.