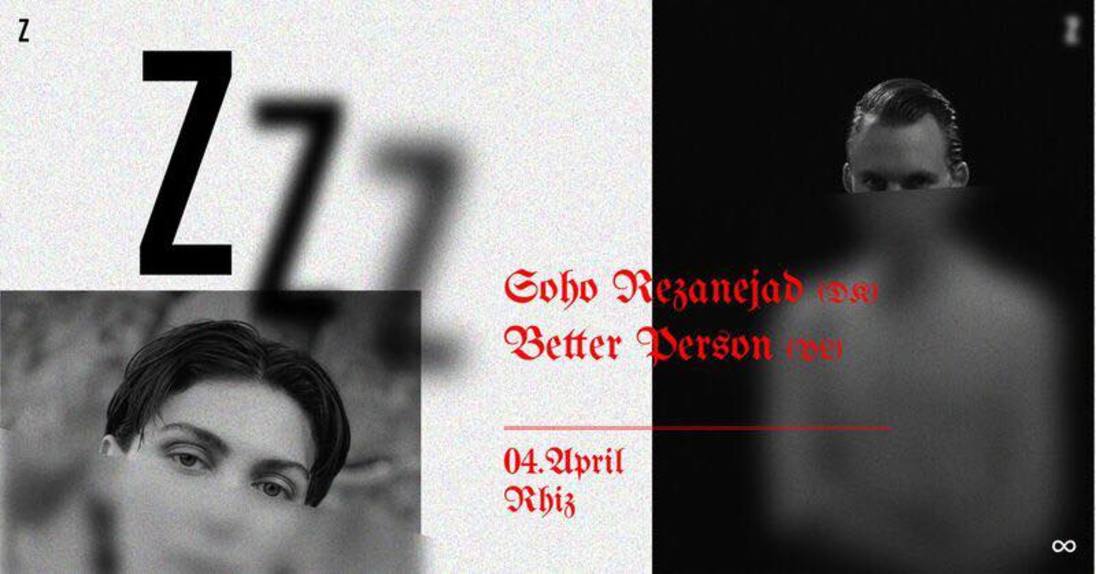 ◼️ 0905 Joanne Robertson <uk> John Bence <uk>https://www.facebook.com/events/2239038676139672/?ti=ia◼️ 1306 TBA 🏴room will be as dark as the sound🏴SOHO REZANEJAD (Silicone Records)https://www.youtube.com/watch?v=SORd5ECcqqwSoho Rezanejad is an electronic composer and vocalist whose practice, much like her upbringing, is a testament to versatility. Born in 1989 in New York City, the child of relocated Iranian dissidents, Rezanejad was raised in Copenhagen, Denmark, where she currently studies at the Rhythmic Music Conservatory. The tongues, scales, and registers in which she sings have varied through each of her releases; this same unwavering commitment to change is also found across the diverse themes and instrumental palettes Rezanejad has explored in her recent sonic works.In 2015, Rezanejad founded Silicone Records, the label through which her solo projects have been released. Her first EP, Idolatry, is a collection of nocturnal meditations in the form of pop songs. In the next years, Rezanejad shifted into more abstract and abrasive structures with three releases under the now-retired Angeles moniker. Six Archetypes was released in early 2018, playing out through its 14 tracks an extensive search into humanity’s mythic postures, making use of timbres ranging from the orchestral to the android. Rezanejad’s most recent EP, World Breathes People, is comprised of two long-form compositions centered on sustained tones, broken by synth notes, textures of digital grit, silence, even fricative contact against the mic. Listening to her full catalogue, what defines Rezanejad’s sonic practice most essentially is a resistance to definition.BETTER PERSON (Mansions And Millions)https://www.youtube.com/watch?v=WljEUb0815g&frags=pl%2CwnBetter Person is the musical project of Adam Byczkowski, a Berlin-based singer and ballad composer. His enigmatic stage presence is matched by his elusiveness as a recording artist: while he’s already toured Europe, North America and Asia with the wonderful TOPS, Timber Timbre, Alex Cameron, Molly Nilsson and as keyboard/guitarist with Sean Nicholas Savage, at six tracks “It’s Only You” from 2016 is his longest release, encompassing the critically acclaimed singles “Sentiment” and “I Wake Up Tired.” Better Person’s sonic touchstones – torch songs, Sade, Arthur Russell, synthed-up European and Japanese pop from the 70s and 80s, French and Italian movie soundtracks – are all unimpeachably romantic, there’s a more Romantic undercurrent of isolation that begins from the way his music is made – all recorded on a computer at home.His latest release - “Zakochany Czlowiek” a single sang entirely in his native Polish tongue is an instant hit that cuts strong and deep with its earworm melody, moony synth hook, and dense Romantic aura. It's a reflection upon the fleeting nature of things experienced and then forgotten, fading memories of someone who has become no more than a spectral presence. “Here’s a man in eternal love”, he sings almost cold-heartedly, just before the chorus breaks into Roy Molloy’s (Alex Cameron) final sax solo.Credits: Philip Schütz*except Better Person (he played 2017 as support act)