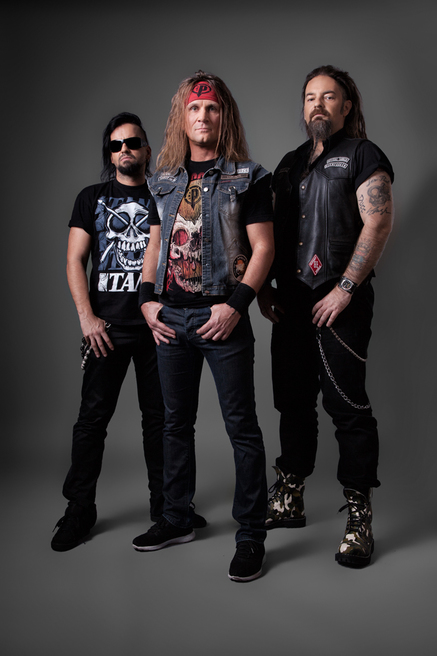 TANKCSAPDA was formed in 1989, in Debrecen, Hungary. The group started off as a power trio with only drums, bass and guitar playing punk rock, but continuously expanded their repertoire with different elements of rock music. They initially performed in small venues and published their album on small inidependent labels. The band's first important commercial development came in 1995, with the release of their fourth album, Az Ember Tervez (Man Plans), which has become the first gold record for Tankcsapda. In 2003, they finally crossed over to the mainstream, with the release of their Élni vagy Égni (To Live or to Burn) album, and two singles off this record: "Be Vagyok Rúgva" ("I'm Drunk") and "Örökké Tart" ("Lasts Forever"). After the mainstream-breaking album of 2003 and the very successful compilation album that followed, they took a left turn and released one of their heaviest albums to date, Mindenki Vár Valamit (Everyone Waits for Something). In 2013 came the 12th studio album entitled „Rockmafia Debrecen” referring their roots and hometown, Hungary’s second largest city, Debrecen. Tankcsapda attracts for years the biggest audience in Hungary, and the band plays time to time in various European cities based on the Hungarians live there.