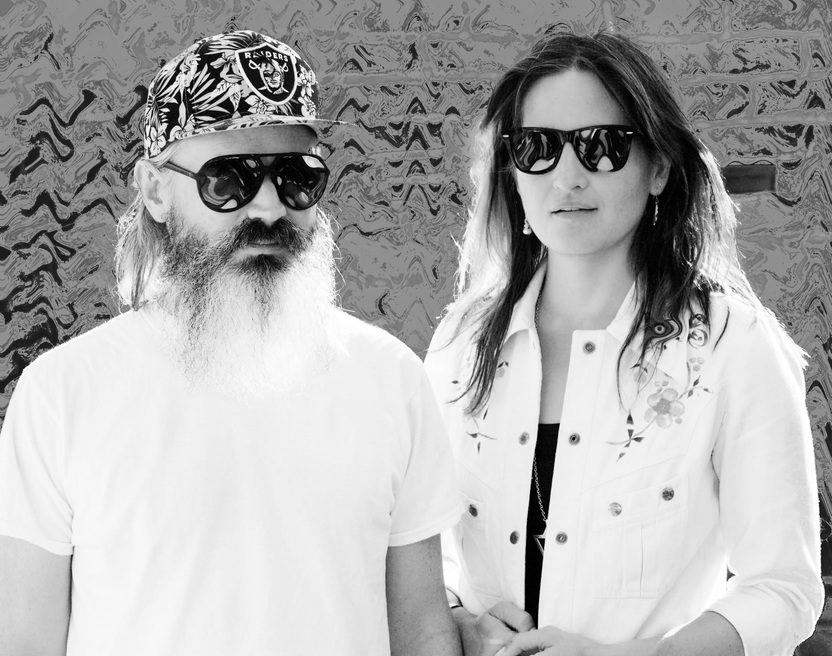 Moon Duo have confirmed details of their new album ‘Occult Architecture Vol. 1’ for release on February 3rd 2017 via Sacred Bones, as well as European tour dates including a UK run in April 2017.
The Occult Architecture of Moon Duo’s fourth album - a psychedelic opus in two separate volumes - is an intricately woven hymn to the invisible structures found in the cycle of seasons and the journey of day into night, dark into light. Occult Architecture Vol. 1 will be released February 3rd on Sacred Bones with tours throughout North America and Europe to follow (all dates are below). Details of Vol. 2 will be announced in the coming months. Today, the band, led by guitarist Ripley Johnson and keyboardist Sanae Yamada, share debut single, “Cold Fear.”
Offering a cosmic glimpse into the hidden patterning embedded in everything, Occult Architecture reflects the harmonious duality of these light and dark energies through the Chinese theory of Yin and Yang. In Chinese, Yin means “the shady side of the hill” and is associated with the feminine, darkness, night, earth. Following this logic, Vol. 1 embraces and embodies Moon Duo’s darker qualities — released appropriately in the heart of winter in the Northern Hemisphere.
Written and recorded in their hometown of Portland, Oregon, the two-part epic reflects the hidden energies of rainclouds and sunshine and the deep creep of Northwest forests along with their effect on the psyche, inspired by the occult and esoteric literature of Mary Anne Atwood, Aleister Crowley, Colin Wilson, and Manly P. Hall.
Sonically the new records represent a dimensional shift in perspective for the band. Just as the season of autumn represents letting go in the form of trees shedding leaves, so Occult Architecture is a shedding of genre tropes, and an inviting in of new textures and soundscapes reflective of the album’s shimmering Yin/Yang qualities.