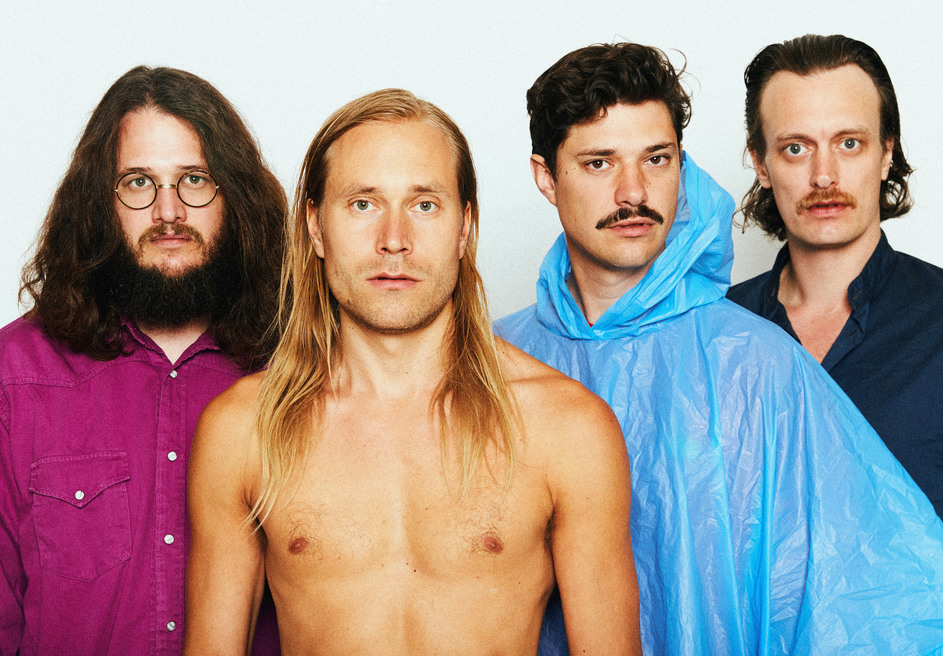 Liima’s second album, ‘1982’ (co-produced with Grizzly Bear’s Chris Taylor), provides a masterclass in pushing beyond one’s established comfort zones. The three Danes: Rasmus, Casper, Mads – who remain the key components of Efterklang – and Finish drummer Tatu wrote the songs during residencies in London, Copenhagen, Viseu (Portugal) as well as Berlin – and finally recorded the album with Chris in Porvoo (Finland).

In the year 1982, Time Magazine chose the first ever non-human “person of the year”; the Personal Computer. It’s also the year that Liima’s Casper Clausen was born, with the other three band members born in the surrounding years. Though ‘1982’ is not an album that tries to mimic the sounds of that year, it is an album borne of influences and circumstances that stem back to that point in time. It’s an album that sees the band questioning the concept of identity and our place in time - as much an album of existential questioning and of looking forward as it is of nostalgia and reflection.

“I think our collective memory and consciousness as a band is shaped from being born in the beginning of the 80’s” explains Clausen. “It’s a time and place that I keep returning to, to understand and make sense of. It has a lot of personal relevance and so little at the same time, because in time and space it is far away… Everything is changing all the time, nostalgia is looking back, but I’m on the run, even when I stand still.”

‘1982’ finds Liima - musically and lyrically – exploring themes that shaped their youth while looking forward to a future in times that feel as uncertain as they ever might have been, and in which we all struggle to find our identity. “Finding values of life, giving up on values of life… Our civilisation, our way of life and our liberal thinking is threatened and challenged…” Clausen muses. “I say our time, but could it be MY time, MY age. Was it like that for my father when he was 35 years old? I’m wondering, I guess the album is wondering.”

Here, amidst the contemplation and questioning, the musicians stake their claim firmly to both their new band and their new sound. For a band originally founded upon enthusiastic acts of spontaneity, ‘1982’ represents a huge, sophisticated leap forward. The decision to form Liima may have been as bold and radical as their new sound, but the consequences speak for themselves.

Like its predecessor, ‘1982’ was written during four residencies, beginning in January, 2016 – before Liima’s debut ‘ii’ was even released – at The London Edition, where Casper Clausen, Rasmus Stolberg, Mads Brauer and Tatu Rönkkö worked in a club in the hotel’s basement, sometimes watched by small crowds, much as PJ Harvey was during the making of The Hope Six Demolition Project at London’s Somerset House.

They reassembled at another hotel in Copenhagen before embarking upon tours of North America, South America, and Europe. Even then, they’d reconvene between trips to continue work, first in the less glamorous surroundings of a music conservatory in Viseu, Portugal, in July 2016, then, finally, in August, at Berlin’s Michelberger Hotel. By the time they gathered in Mankku Studios in Porvoo – again in the Finnish countryside – Liima were more than ready to begin recording with Grizzly Bear’s Chris Taylor as co-producer.