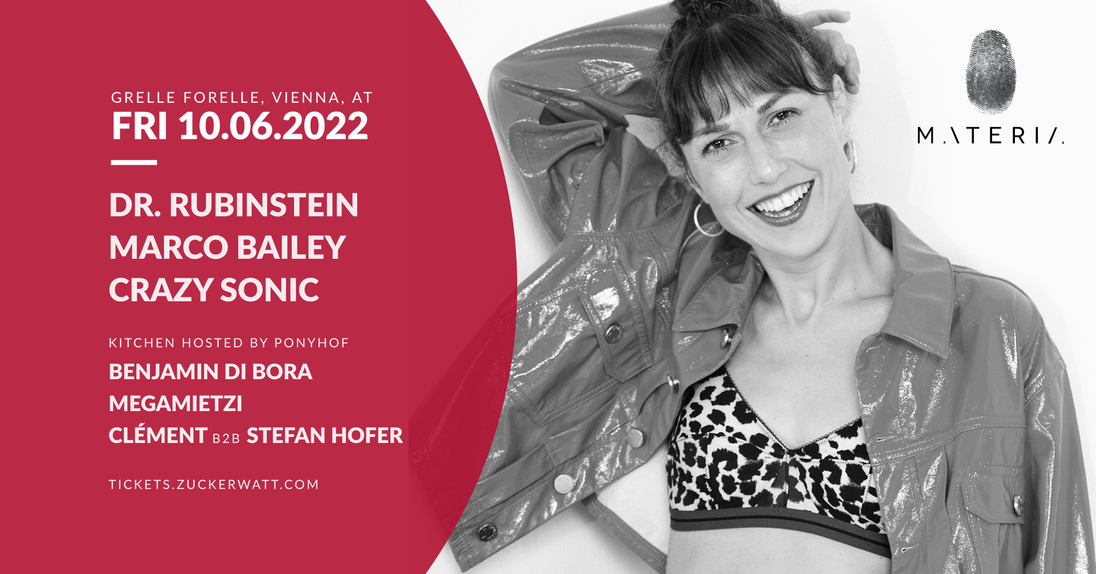 Berlin-based DR RUBINSTEIN is a name you've probably been hearing a lot as she's been traveling the globe gracing dance floors with her unique take on acid, techno and timeless rave selections. After all, it was on dancefloors that this Russian-born, Israeli-reared artist fell in love with techno in the first place. Long before she started playing records and adopted the Dr. Rubinstein moniker, she was a self-declared “true raver” in Tel Aviv, and it was during those long nights of partying that she eventually came to see dancing as a kind of meditation. “When the music is right,” she explains, “you can free your mind and just dance without thinking of anything. For me, it’s the best feeling in life, something that brings absolute happiness.”

Icon. Living legend. Both definitions that apply to MARCO BAILEY, a self-taught dj and producer whose career started to develop in the late 80s after attending a local club in his native Belgium, and being completely seduced by the rhythmic power of dance music. That was when all changed. A first approach that triggered the decision to be behind decks instead of the dancefloor. And since then, he has committed his life to music. Three decades later, he’s known as an artist constantly pushing techno to its next level, this by producing his own tracks, managing his labels Materia and MB Elektronics, and of course, by traveling all around the world to make people dance and go crazy with his flawless technique and impeccable selection.