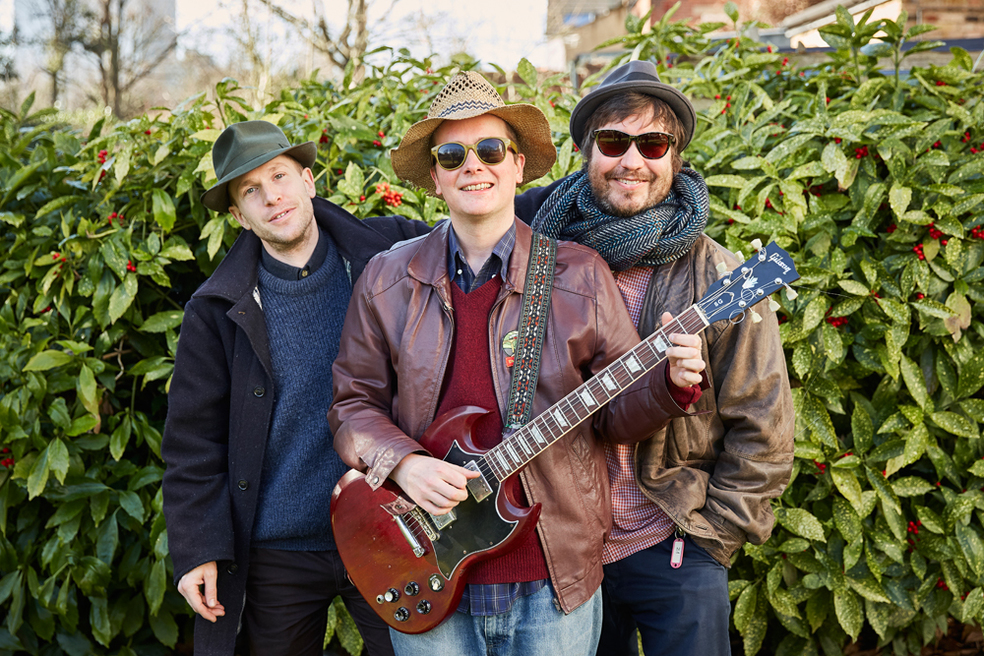 „Brushes With Happiness“ Tour
As one of the UK’s most prolific and beloved bands, it has become expected – nay, the fans have demanded - that The Wave Pictures release several albums a year. This year, they are releasing two albums and they’re kindly letting us know well in advance, so that we can set our calendars and save our pennies in anticipation. Starting with the spontaneous, recorded in one-day, minor-key, epic masterpiece that is Brushes with Happiness in June, the trio of Jonny Helm (drums), Dave Tattersall (guitar & vocals) and Franic Rozycki (bass), will be following up with Look Inside Your Heart in October.
Brushes with Happiness sees The Wave Pictures in contemplative and expansive mood. Mellower and more reflective than last year’s rock’n’roll surf-garage-rock collaboration with Slow Club, as new band The Surfing Magazines, or 2016’s blues driven Bamboo Diner in the Rain or 2015’s Billy Childish produced Great Big Flamingo Burning Moon. This album is more akin to 2016’s acoustic release A Season in Hull, which, like Brushes With Happiness, was recorded live in one room in a single January day.
They wanted to make an album that was as spontaneous as possible, emulating the jazz, folk, blues and live albums that they love so much. As Dave explains; “As music fans we treasure spontaneous recordings. When we put an album on we want to hear a little of the human spirit.”
Brushes With Happiness sees a band at the top of their game. No other band could just improvise an album out of thin air, no trouble at all, and have it sound THIS good.