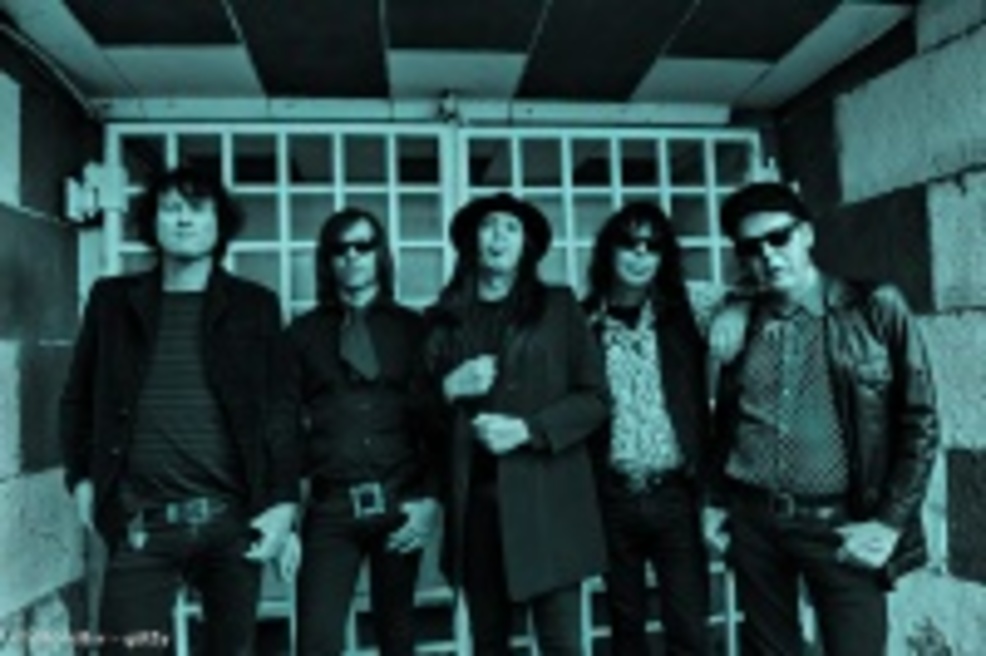 The Morlocks aren’t some smoothed-out, swagged-out fuck-ups toting stage passes and guitars; The Morlocks are a living, sleeping and breathing embodiment of the garage punk they’ve perfected and long performed. The music they create is the lifeblood of their cause, a cause which is as much a point of pride as a way of life. The scars, breaks and bruises earned along the way serve to magnify the only truth they know.
You see, The Morlocks are not afraid for you to watch them bleed.
Both as a band and as individuals, The Morlocks have earned their stripes on the rock and roll circuit. Hailing from Los Angeles, The Morlocks are staples of the city’s world-renowned music scene. Through break-ups, break downs, personnel changes, changing cities and shifts in popular culture, The Morlocks have continually grown stronger at what they do best even as they died their many deaths. In the process, The Morlocks have built up a die-hard following and originality. Where others would have bled out long ago, The Morlocks get stitched up and keep going.
Now , the re-vamped & resurrected Morlocks are ready to spread their wings like a Phoenix rising from the ashes .... Currently based out of Düsseldorf , Leighton has inlisted a who´s who European fuzz masters... Starting with Rob Louwers - drums ( Fuzztones, Q-65, Link Wray) Oliver Pilsner -Bass ( Fuzztones, Cheeks, Montesas, Magnificent Brotherhood) Bernadette - Guitar ( Sonny Vincent, Humpers) and Marcello Salis ( Gravedigger V, Hangee V), The Morlocks have been secluded in their secret European lair . planning and plotting a new set along with classic fan favorites! You can expect a whole new trip, including new recordings, new tours, new merch, and a new "live" show guaranteed to melt your mind, make your ears bleed, put some boogie in your backseat, and leave you with an intense feeling of wanting more ...
Through the twists and turns of rock and roll’s unending stretch of highway, The Morlocks have proven themselves to be road warriors and survivors. Today, as they prepare to take on the world, The Morlocks continue to see themselves being placed in the ranks of the most mysterious, respected and legendary American and European garage punk bands.