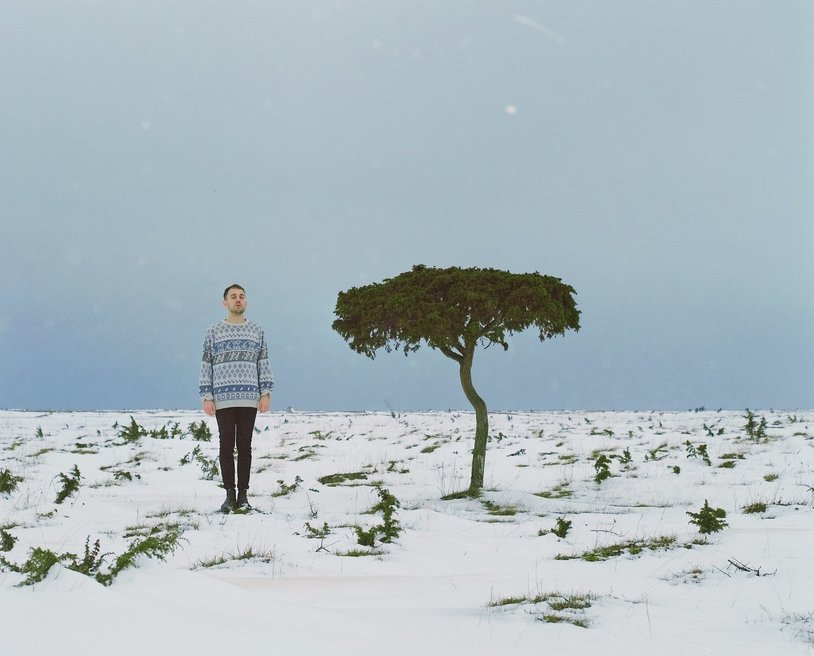 Since his debut EP Now & Then (2016), Swedish-Greek singer-songwriter Plàsi has made waves in the global folk scene with its natural beauty and romantic charm, earning over 80-million combined streams and a loyal live following. With the latest recordings, Plàsi has decided to use his new personal escape as the setting for his most ambitious project yet - the sophomore full-length release Foreign Sea (Feb, 2022, Nettwerk Records).

A semi-concept album of sorts, Foreign Sea, is a journey with Plàsi to a place where one can reflect on “the world we live in, and what actually matters.” Writing gentle pop songs in the tradition of nylon-string pluckers before him (like Nick Drake, Vashti Bunyan, and George Ogilvie), Plàsi used the shift in perspective to push his music to a new realm.

On the road, he has supported the likes of Henry Jamison, José González, Efterklang, Will Varley, Spencer Krug, and Hollow Coves. In September 2022 Plàsi and Axel Flóvent joined forces with an exclusive co-headline tour in Europe, and in December he ended the year with his first tour around Spain.