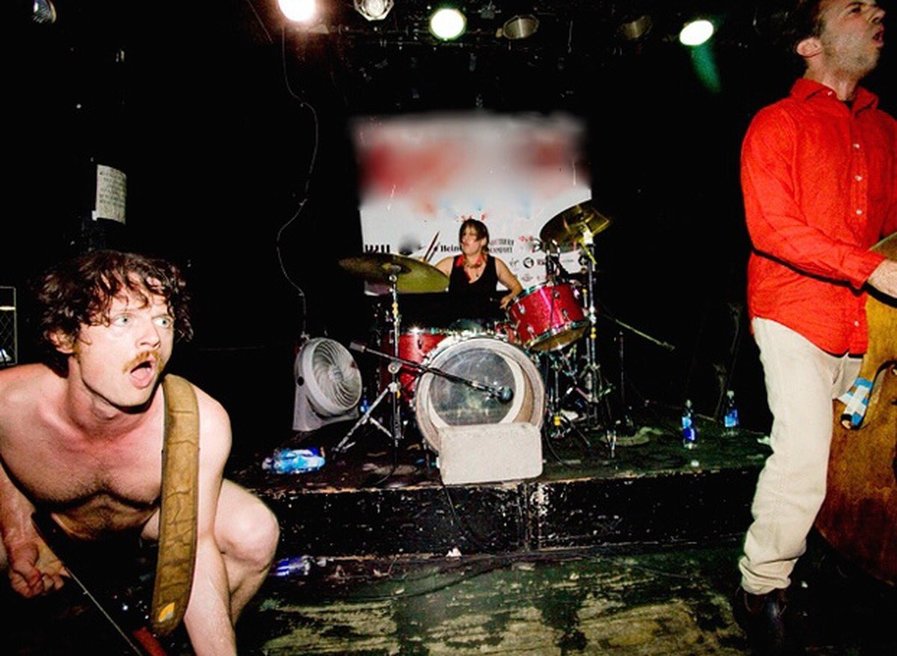 After more than a decade of silence, we're absolutely thrilled to announce the return of Old Time Relijun, "one of the most distinctive and feral rock groups", in the words of The Stranger.

Headed by the idiosyncratic Arrington de Dionyso, the group is celebrated for their raw and life-affirming songwriting. After quietly parting ways in 2008, the group will release their 10th studio album 'Musicking' this November.

Old Time Relijun was born on January 1st, 1995 in a dark and moldy basement in Olympia, Washington. Between 1997 and 2007, the group averaged 150 shows a year, and released several albums through Calvin Johnson’s K Records: albums packed with restless energy, sonic experiments, loose swagger and a gut-level understanding of how music can hit you.

Luckily for us, we can still depend on Old Time Relijun to deliver some of the most vivid and surreal music out there. First evidence comes with the groovy and gritty protest anthem 'Break Through'. In the band's own words: "there is no better time than this fucked up time in history to get the band back together".https://youtu.be/G52RJc08vbM