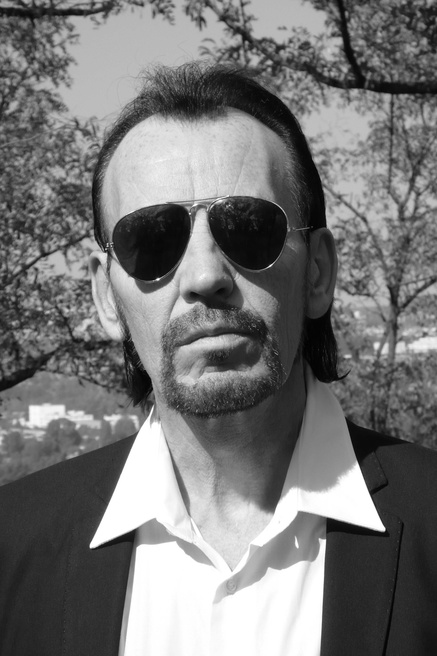 Phil Shoenfelt is a British singer, guitarist, composer and writer who has lived in Prague since 1995. To date, he has released seventeen CDs of his music, plus EPs, albums and singles. He is also a published poet and author. He is notable for his work with three bands: Southern Cross (Prague); Fatal Shore (Berlin); and Dim Locator (Berlin). During the late 1970s he was part of the Manchester post-punk scene, before moving to New York in 1979. In New York he played in several bands, such as Disturbed Furniture and Khmer Rouge. Khmer Rouge played regularly at the legendary club CBGB's and supported artists such as Nico, The Clash, Alan Vega, The Gun Club and Billy Idol on USA tour dates. Shoenfelt returned to the UK in the mid 1980s and supported Nick Cave & The Bad Seeds on two UK tours. He also supported Crime & The City Solution and The Fall. After moving to Prague, he formed Phil Shoenfelt & Southern Cross with ex-members of Ticha Dohoda. Phil Shoenfelt & Southern Cross have released four studio albums to date: Blue Highway, Dead Flowers For Alice, Ecstatic and Paranoia.com. The most recent CD is The Bell Ringer, a live recording which celebrates twenty years of the band´s existence. Phil is also the author of the novels Junkie Love and Stripped, as well as The Green Hotel/Zelený Hotel, a bi-lingual book of poetry, song lyrics and photographs.