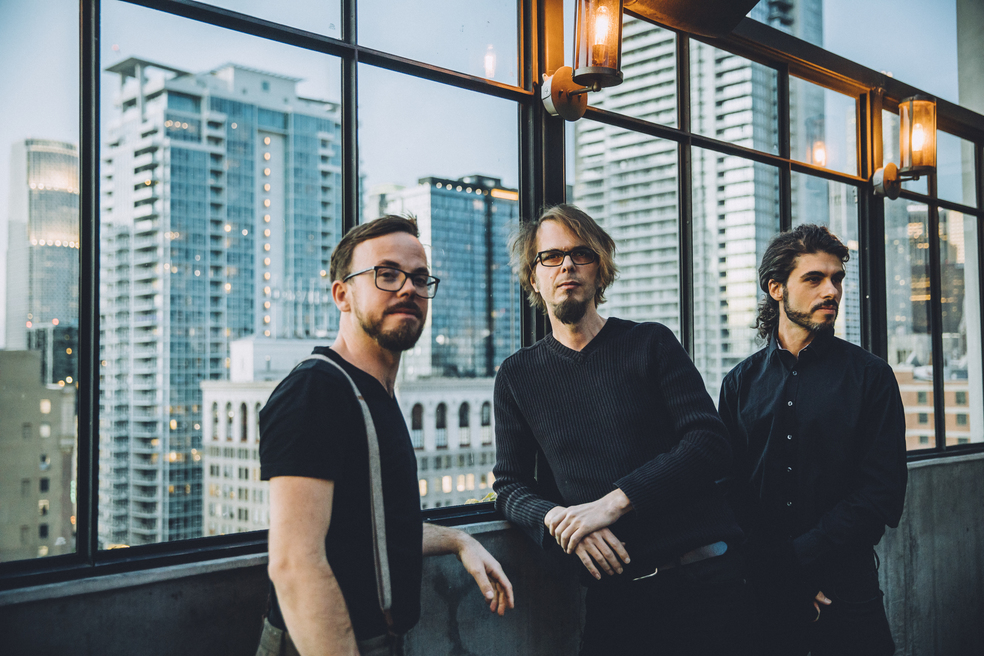 "Alex Machacek's music starts where other music ends" that’s what John McLaughlin said about Machacek’s US debut album „[sic]“, where besides Terry Bozzio you can hear FAT for the first time as well, even though it wasn’t that clear to FAT ye

"Clearly, the chemistry between the three musicians is something that inspires Machacek to some of his finest playing yet, as just one listen to "FAT" reveals".

"…with FAT it became clear that Machacek had found the perfect group for his appealing complex compositional constructs that, predicated on the guitarists's keen attention to sound, form and detail, also provide no shortage of space for freewheeling, dazzling improvisational élan and the trio's increasingly empathic interaction…."

"Maybe it's the inevitable wisdom of age, with Machacek now in his early 40s, but as impressive as "Living the Dream" is, and as much as it fits comfortably in his overall discography, it's the album where, despite its many twists and turns, harmonic, melodic and rhythmic surprises, and the evolving chemistry of FAT, it's also the album where all three musicians come together with a sense of nothing left to prove. And it's that very comfort level with each other, and that very feeling of maturity that makes "Living the Dream" an even better record than the superb "FAT"...and one of the very best in Machacek's growing discography."

“So far beyond good it's not about good anymore…”

"...a tremendously exciting new record and a wonderful new trio..."