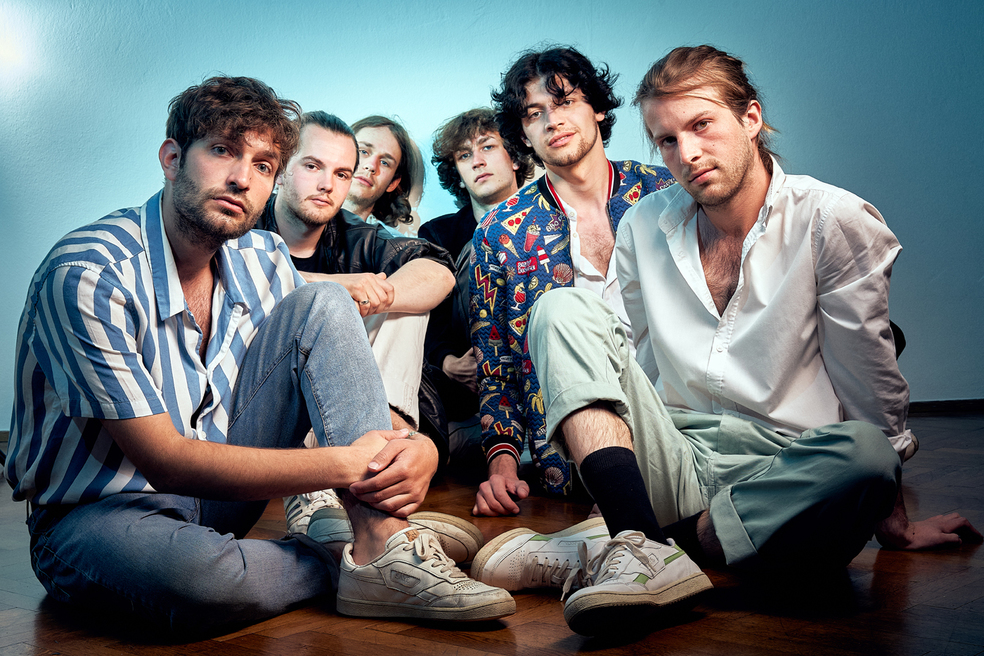 Riding on disco-beats, excessive guitars and funky riffs these 6 guys from Austria find each other on a mission for the “holy dancing grail”. Clever arrangements and musical “finesse” create the perfect symbiosis between dance and sophisticated music without cliché. They are young, impetuous, and always ready to rock the musical canvas on high voltage!
2019 kick-started their career with the release of their single “Take Me Home Boy” in August which amassed over 2.5M streams so far, got featured in Spotify's biggest German Indie playlist and received Airplay across Germany (Ego FM, N-Joy, MDR Sputnik, Bayern3, NRD2, SR1, etc.) with a peak at #8 German College Radio chart.
Their long-awaited debut EP "Road" was released in May 2020 but instead of hitting the road for their planned tour through Germany & Austria they needed to cancel all plans due to covid19 and went into the newly built Wilderness Studios in Tyrol to play their biggest virtual headliner show so far in front of 900 people watching the band on their screens.
First single „Freak" of upcoming EP „Head Over Heels“ was released on October 9th 20 and turned into an immediate Indie radio hit in Austria peaking at #4 on the FM4 Charts and rotating on 88.6 and Welle 1. In Spring 2021, they completed the EP with their singles "Lonely Nights" and "Head Over Heels" and immediately followed up with "Hype" in May which made it onto FM4 rotation again.
Their latest single "Walking Like That" is out since September 10th and already amassed 30k streams with adds to German Editorial Spotify Indie playlists “Indie Brandneu”, “Feelgood Indie” & “Indie gems”.
https://www.instagram.com/colorthenightmusic/?hl=de
https://www.facebook.com/colorthenightmusic/